Meg Nichols has made her mark during her 15 years of membership with the Garden Club of Denver!  She has served as our president, helped to launch our website (with Ann Crammond) managed the newsletter, been Corresponding Secretary, wrangled volunteers for Shirley Meneice, and overseen the directory.  Today, she is the GCA Zone XII Chair of Presidents.  She loves the multi-generational membership of the club and admires the many friends she has made through the years.

Meg joined the club in 2007, shortly after GCD had hosted the GCA annual meetings. In her words, “they were looking for new worker bees and I fit the bill.” Long-time friends who encouraged her to join included Judy Grant, Mary Schaefer and Debbie Davis.  As a designer by trade, she was drawn to the creative aspects of the club.

Outside of GCD, Meg has held a variety of professional positions.  She started her career as a teacher at Graland and then, upon completion of a master’s degree at DU, moved into a counseling role.  When her family moved to Atlanta, she continued counseling for a period but then took a leap and went to the Art Institute of Atlanta and got a degree in interior design.  She has had her own design business for more than 30 years now and admits that the counseling degree still comes in handy when working with clients.

Meg grew up in Connecticut where her father was a prominent advertising executive during the Mad Men era in New York City.  She attended Bradford Jr College before Mills College and, during that time met her husband, Ed, who was a student at Williams College. They have been married for 53 years and have three children and six grandchildren. After Ed started his career in Denver with IBM, the company moved the family to Grand Junction, Atlanta, Green Bay, and then back to Atlanta. They returned to Denver when their oldest son was in high school, and Meg and Ed have both been prominent community leaders ever since.

Childhood career aspiration: architect (unfortunately, the field was not friendly to women at the time)

Can’t live without coffee and chardonnay

If she could trade places with someone for a day: Ed Nichols – after 53 years of marriage, she would like to understand what he’s really thinking…

Avoids at all costs: Camping (a day in nature is great, but only with percale sheets, a down comforter and a hot shower at the end of the day!) 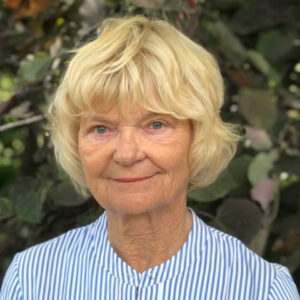 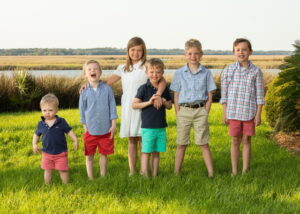 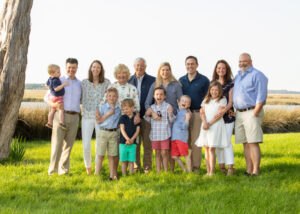 Behind the Scenes at DBG Orchids